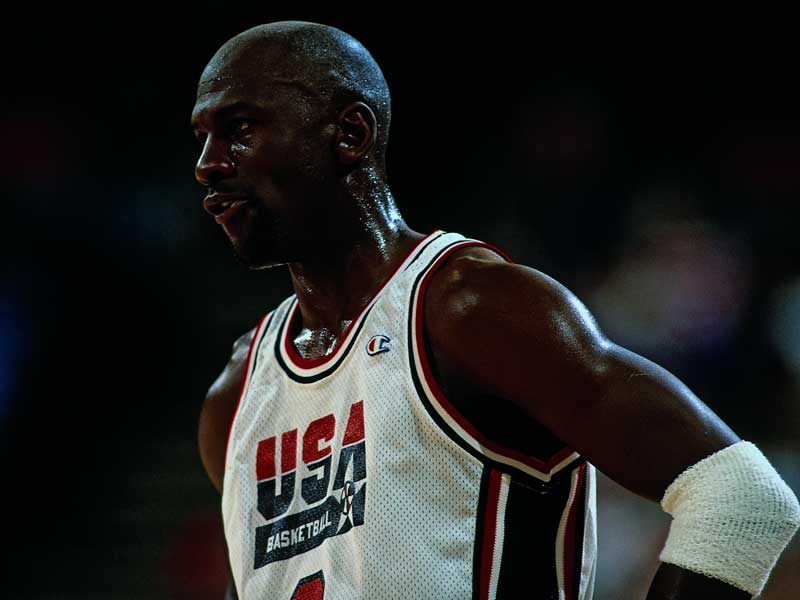 How Michael Jordan's Mindset Made Him a Great Competitor

Michael Jordan is widely considered to be the greatest basketball player of all time. In fact, he's arguably one of the greatest athletes of all time. He was a four-time gold medalist with USA Basketball, including winning two Olympic golds, and was twice named the USA Basketball Male Athlete of the  Year. For more than a decade, he was the face of the NBA.


And then he made the decision: a career change. How could a man, at the pinnacle of his success, walk away from success? Not only did he walk away, but he did the unthinkable. He risked his athletic prowess by trying to play baseball, a sport he hadn't played since he was a teen, knowing that millions of people would be watching his every swing, his every throw, and his every pop fly.


Was it ego? Was it boredom? No. It was psychological. It was the mindset he had since he was in high school; a mindset that was burned in his soul after being cut from his basketball team.


To understand why he risked everything, let's take a peek into the mindset of Michael Jordan, the competitor:


"I can accept failure, everyone fails at something. But I can't accept not trying."


"I've always believed that if you put in the work, the results will come."


"I've missed more than 9,000 shots in my career. I've lost almost 300 games. 26 times, I've been trusted to take the game winning shot and missed. I've failed over and over and over again in my life. And that is why I succeed."

"My attitude is that if you push me towards something that you think is a weakness, then I will turn that perceived weakness into a strength."


"If you're trying to achieve, there will be roadblocks. I've had them; everybody has had them. But obstacles don't have to stop you. If you run into a wall, don't turn around and give up. Figure out how to climb it, go through it, or work around it."


As Carol Dweck, author of Mindset, would say, Jordan is a prime example of the growth mindset. It's the mindset that almost every successful athlete who has had long-term success has. It says genetics may determine the starting line, but hard work determines the finish line.


Failure isn't just accepted; it's expected. When you stretch yourself past your current limits, failure is inevitable. It spawns growth. You only reach the top and stay at the top by continually improving. Winning isn't everything. Growing is.


The Result of Hard Work, Not Genetics


Jordan may have become bored with basketball. He may have craved another challenge. However, he wouldn't have risked everything if he honestly didn't believe hard work conquers all. MJ wasn't dumb. He didn't think just because he was successful at basketball that he'd be successful at baseball. He wasn't so egotistical that he thought he couldn't fail at anything. Not at all. What MJ believed is what every person who has the growth mindset believes: Hard work conquers all.


Coach John Wooden felt the same way. He rarely discussed wins and losses in his pregame speech. Instead he focused on making sure his players were willing to give 100 percent and leave everything on the court.


Coach Wooden stated numerous times that some of his most proud moments were not after winning national championships, but were after losses when his much less talented team gave it their all and still came up short. He knew by focusing on the process, the results would come. Ten national championships later proved his theory.


Mindsets matter. Rarely will a coach discuss psychology. Yet how often do we hear a coach say basketball is as much mental as it is physical? What are we doing to practice the physiological component of basketball? Are we instilling the growth mindset in our players? Or are we just yelling at them, and blaming them for the losses? If you want to breed success, you better start trying to find out its root cause.


Understanding why MJ switched from basketball to baseball is a good start!

The Tri City Youth Basketball Association (TCYBA) was formed in 1999 and serves Coquitlam, Port Coquitlam and Port Moody, in British Columbia. Currently, there are over 1,200 players, in grades 2 to 9, playing the various divisions in the club. Open to both boys and girls, the TCYBA operates out of school gyms across the Tri City area.